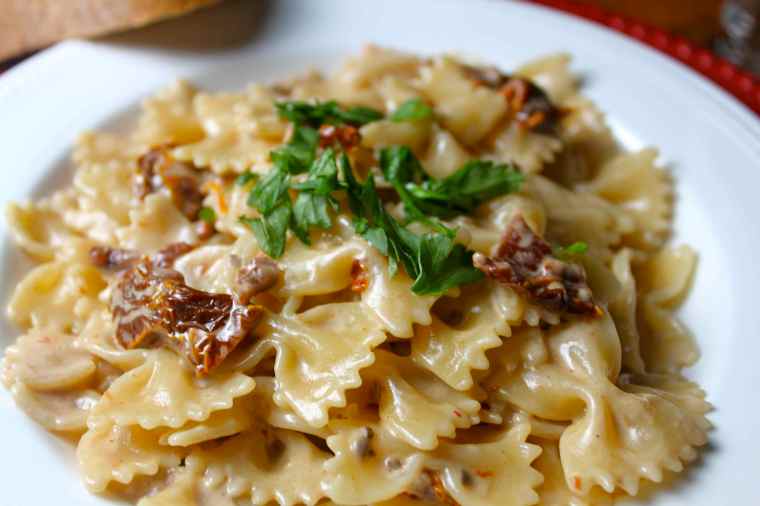 October 25th was World Pasta Day and we almost missed it. Fortunately, it’s pasta day eight days a week around here (or so it seems) and we happened to be enjoying a bowl that very evening even though we were oblivious to the significance of the date. Whew! That was close.

It’s not entirely clear to me why pasta needs its own day. I can understand a day to raise awareness for prostate issues (helpful to folks like a former boss who complained of “prostrate” problems.) and days to save the whales and mountain gorillas (there are fewer than 700 of these great apes left), but pasta? Is spaghetti really in trouble?

Well, according to statistics from none other than the Union of Organizations of Manufacturers of Pasta Products of the E.U. (UN.A.F.P.A. for short – if you can call that short), pasta seems to be hanging in there. In fact, other than a slight dip in the early 2000s (the Great Carb Scare, no doubt), pasta consumption has remained steady at more that 3-million tonnes per year. True, a lot of that was at our house.

Not surprisingly, Italians lead the way in pasta consumption at 26 kilograms per person per year. But who knew that Venezuela, of all places, was next at 12 kilograms per person. Americans slurp back 9 kilos per mouth (just behind the Swiss at 9.7), Canadians weigh in at a paltry 6.5 kilos while the Brits trail even the Finns at 2.5.

If you contrast pasta with, say, rice  (at 58 kg per person per year world-wide), you might start to see why macaroni makers are a little worried (rice accounts for  a whopping 21 per cent of the world’s calories). But strip out Asia and the numbers plummet (9 kilos per diner in the US, for example – a dead heat with pasta).

Still, the UN.A.F.P.A. is a reputable group, I’m sure, and they must know what they are talking about, despite the statistics. (Maybe they’re concerned about protecting rare pasta shapes like Ballerine or Margherita Messinese Lunga or the extremely scarce Cryllic Alphabet Pasta. See chart of pasta shapes – I made up the Cryllic one). In any event, I’m not taking any chances. I’ve marked World Pasta Day permanently in my calendar because I can’t imagine a world without pasta. Or, even a Tuesday night.

Here’s something to tide us all over until next October. It’s one of my favourite pasta dishes from one of my favourite restaurants. Intense sun-dried tomatoes add a real kick of flavour to this sauce that gets decadent by adding whipping cream and good dollop of brandy. The sauce is made even richer with lots of butter (it’s optional, but I always add it). This is so good with farfalle pasta.

Make this once and I guarantee you’ll surpass the Italians in annual consumption.

Adapted from The Chez Piggy Cookbook, compiled by Victoria Newbury

In a heavy saucepan over medium heat, mix tomatoes, cream and brandy. Simmer until reduced by half. Season with salt and pepper to taste. Whisk in butter, if using. Combine with cooked pasta and serve. Enjoy.